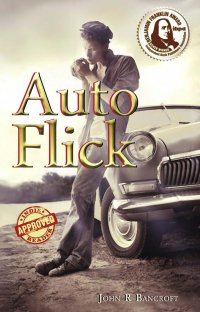 is a first-person narrative about Isaac Yardley, who did not know what he was getting into when he and his father started chasing after people who threw cigarettes from cars. He did not know it would lead to getting gassed in the war on poverty, learning to swear and quitting the Boy Scouts, to running buck-naked through the woods, or reaping a windfall at the track.

But he might have expected something. His father was born a Quaker, became an atheist, joined the Dick Mobius society of Herman Melville enthusiasts, married a beauty-pageant contestant and settled into a career as a small town newspaper reporter. He was also too good a swimmer for his own good.

Along the way, more than 60 cigarettes are observed being flicked to the road.